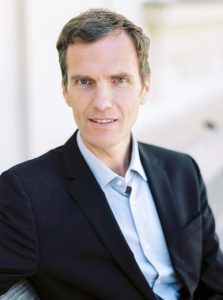 Achim Schulz was born and raised in Munich (Germany). Having completed studies in Church Music, Organ, Cembalo and Choral Conducting he then went on to study solo tenor voice with Professor Kurt Widmer and Frau Burga Schwarzbach at the Schola Cantorum Basiliensis and the Konservatorium/Hochschule der Musikakademie in Basel (Switzerland). Achim achieved distinctions in both teaching and concert diplomas for solo voice before continuing his studies with Hans Hotter and Dietrich Fischer-Dieskau.

His career as a soloist started with a focus on Bach’s Passions as Evangelist, and solo song. His occasional opera appearances have included “Male Choir” in Britten’s Lucretia, the narrator “Tirsis” in Da Gagliano’s Daphne, and in the lead -role of Elisabeth de la Guerre’s Cephale.

After 10 years of intense musical preparation and the realization of many concert cycles and courses for historical performance practice in Alicante (Spain), Achim now lives in Paris (France) and has, for the last few years, dedicated his time to ensemble singing of Renaissance music. He is a member of the “Huelgas Ensemble” (Paul Van Nevel) and “Cinquecento”. Achim also directs his own group, “Ensemble Troparion”.