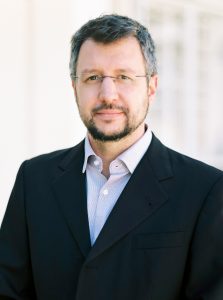 Born in Fohnsdorf in Styria, Austria bass Ulfried Staber studied music pedagogy and voice at the University of the Arts in Graz with Elisabeth Batrice and Martin Klietmann.

Whilst studying for his degree he developed a love of choral music. As a member of the groups Cantus, Cappella Nova and the Graz cathedral choir, amongst others, he performed at a variety of festivals across Europe and Asia.

As a soloist he has appeared all over Austria, Italy, Switzerland and Germany performing numerous Cantatas and the Passions by Bach, Haydn’s Creation as well as Monteverdi’s Vespers. He has also premiered numerous contemporary works.

He has performed at an array of festivals, including Styriarte, Carinthischer Sommer, Trigonale, Feste Musicale per S.Rocco (Venice), Schlossfestspiele Ludwigsburg, Musikfest Bremen, Tiroler Festspiele Erl and the Festival Oude Muziek Utrecht. He is also part of the duo “multiple voices” with countertenor Terry Wey (www.speminalium.at).