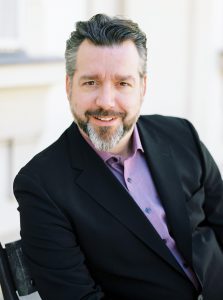 Tore Tom Denys was born in Roeselare, Belgium. He studied instrumental education and trumpet performance with Guido Segers at the University of Antwerp, and from 1994 to 1998 was a member of the World Youth Choir. This lead to him developing a love for early music and so decided to swap the trumpet for singing. Tore Tom Denys now studies solo voice with Wicus Slabbert.

He is a co-founder of the ensemble Cinquecento Renaissance Vokal and vivante (1st prize winners at the International H. Schmelzer Competition in Melk). For the last ten years he was also the tenor with the Belgian group “Capilla Flamenca”.

His solo career has seen him perform at a variety of festivals in Austria including Wien Modern, Resonanzen, Styriarte, Salzburger Festspiele, Bregenzer Festspiele and Carinthischer Sommer, amongst others.